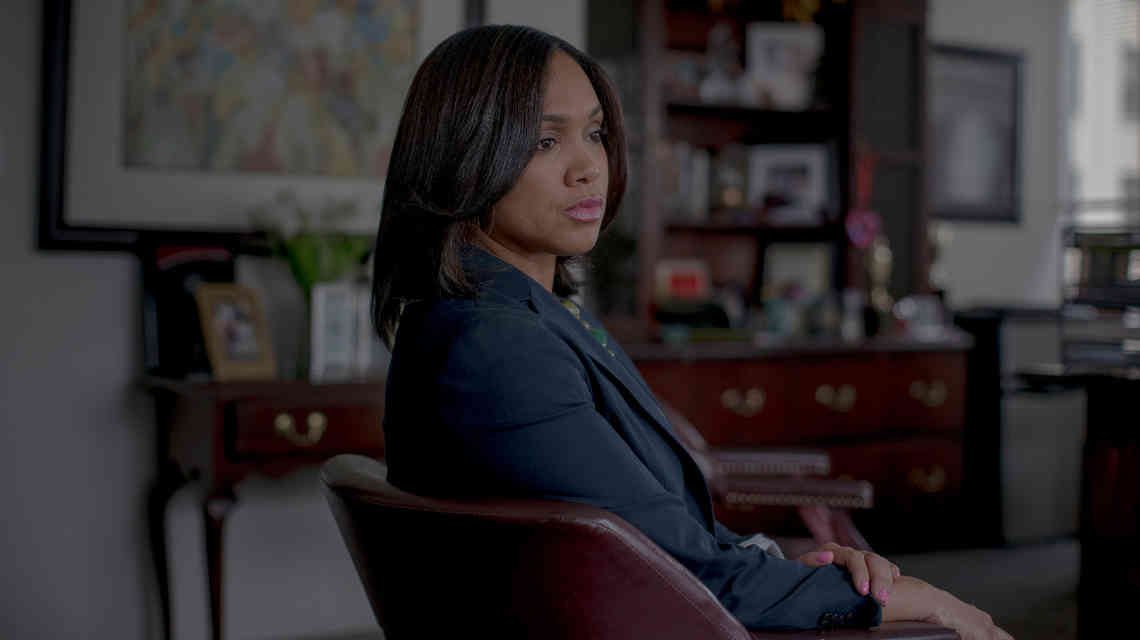 BALTIMORE — Marijuana is officially against the law in Maryland but Baltimore’s top prosecutor said on Tuesday that she would stop prosecuting marijuana possession cases within the city limits, regardless of quantity, and seek to vacate almost 5,000 convictions.

The announcement by Marilyn Mosby, the state’s attorney for Baltimore, follows a nationwide trend in which big city prosecutors are de-emphasizing marijuana prosecutions.

Baltimore has both the nation’s highest murder rate among big cities and one of the most broken relationships between its police and its citizenry. Its marijuana enforcement has been wildly disproportionate — more than 90 percent of the citations for low-level possession between 2015 and 2017 were issued to black residents, who make up about two-thirds of residents.

So for Ms. Mosby, declining to prosecute marijuana possession cases has everything to do with making the city safer.

“If you ask that mom whose son was killed where she would rather us spend our time and our attention — on solving that murder or prosecuting marijuana laws — it’s a no-brainer,” Ms. Mosby said in an interview in her office on Monday. “I don’t even think there’s a choice there.”

She also said that with a poor record of solving crime — only one in four homicides was solved last year — law enforcement needs to foster more good will. “How are we going to expect folks to want to cooperate with us,” she said, “when you’re stopping, you’re frisking, you’re arresting folks for marijuana possession?”

Ms. Mosby joins a flurry of prosecutors, including Kim Ogg in Houston, Rachael Rollins in Boston and Larry Krasner in Philadelphia, who have adopted similar policies that vary in the details such as weight limits and retroactivity.

Under Ms. Mosby’s new rules, people will not be prosecuted for possessing marijuana, regardless of quantity, and will not be charged with distribution or intent to distribute just because they have a large amount in the absence of other indicators of drug dealing such as scales and baggies.

Those charged with felony distribution for the first time will be automatically referred to a diversion program designed to help them enter the job market. Successful completion of the program can result in expungement of the case.

The new policy would not apply in cases where a defendant faces multiple charges, such as possession of both marijuana and a gun, Ms. Mosby said.

Some pullbacks from marijuana prosecution have been hailed by police departments, while others have met with resistance. Ms. Mosby briefed the interim police commissioner, Gary Tuggle, who told her that he would not instruct officers to stop arresting people caught with marijuana, she said. “He said he felt that marijuana drives violent crime, and I explained to him that is not the case,” Ms. Mosby said.

After her announcement, Commissioner Tuggle released a statement confirming that arrests will continue “unless and until the state legislature changes the applicable laws.” A spokesman for the mayor, Catherine Pugh, said that she supports the commissioner’s position.

Ms. Mosby said her office would also seek legislation that exists in other states: a statute that would make it less cumbersome for prosecutors to overturn a conviction when the circumstances warrant it. Because Maryland has no such statute, the process for vacating marijuana possession convictions is cumbersome, requiring a writ claiming that a fundamental error was made. Ms. Mosby said her office has data going back to 2011, accounting for nearly 5,000 cases, and has requested records going further back.

Ms. Mosby may not seem like the first choice to broker peace in Baltimore, where she has been called a divisive figure. She made national headlines in 2015 when she promised to prosecute six police officers in the death of Freddie Gray, who sustained fatal injuries while in police custody. Her announcement calmed the city.

She made headlines again in 2016 when, after a hung jury and three acquittals, she dropped the prosecution, dishing out blame for what she called the Police Department’s failure to conduct an unbiased investigation of Mr. Gray’s death.

She was faulted for being too progressive, and not progressive enough. The police chief called her incompetent and the Baltimore Sun admonished her to “play nice.” The death of Mr. Gray, coming less than four months into her tenure as a young, promising reformer, delayed her agenda, she said.

But when it came time for her re-election, it became clear that Ms. Mosby understood her base — communities that were simultaneously overpoliced for minor infractions, and underpoliced, with serious crimes going unsolved in their neighborhoods. In the primary, she defeated two opponents by a wide margin, and was unopposed in the general election.

She is now in a bit of a hurry. She did not hold her announcement, for example, for the arrival of Michael Harrison, the incoming police commissioner, who is supposed to start on Feb. 11. He will be the fifth chief since she became the state’s attorney.

And her arms-length relationship with the police, while unusual for a prosecutor, has seemed vindicated by scandals of epic proportions, most notably the shocking case of the elite Gun Trace Task Force, whose members robbed residents and planted evidence.

The department’s credibility is so tattered that in April, when the police commissioner himself testified to having found a loaded gun in a driver’s glove compartment, the jury acquitted the man.

A settlement with the Justice Department to correct systemic racial disparities and excessive use of force has proved to be, to put the best face on it, a slog. Last week, the judge on the case said the department seems to have a “culture of timidity” when it comes to confronting corruption.

A drug of marijuana for severe childhood epilepsy is approved.