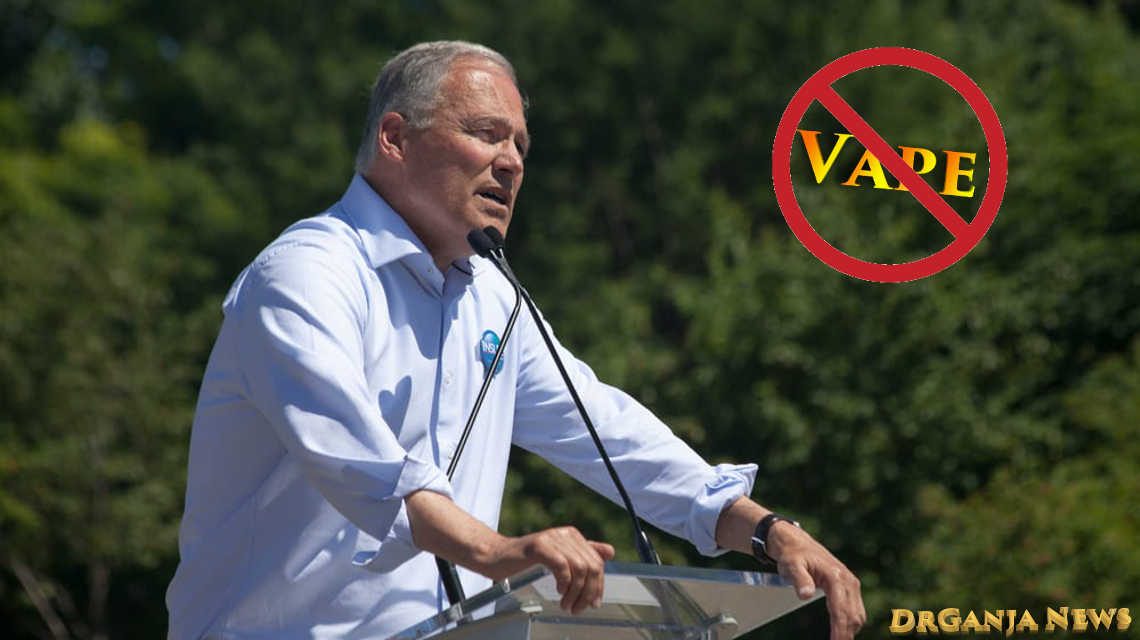 Governor of Washington Plans to Ban Flavored Vapes. The ban is in response to the current vape-related public health crisis.

Jay Inslee of Washington directed health officials on Friday to ban the sale of all flavored e-cigarettes and vaping products in the state. In an executive order, the governor called on the state Board of Health to issue the ban, which is to include both nicotine and THC-based products, at its meeting scheduled for October 9. The ban would not go into effect until ordered by the board.

Inslee’s prohibition on vaping products along with several other measures were taken as a response to the nation’s ongoing rash of serious lung injuries and illnesses that have been tied to vaping and e-cigarettes. The Centers for Disease Control and Prevention said this week that more than 800 confirmed and probable cases of the mysterious lung condition and at least a dozen deaths have been tied to vaping.

“If I had a loved one, I would just tell them you’re playing dice with your lungs,” Inslee said at a press conference on Friday.

The governor also directed the state Department of Health and the Washington Liquor and Cannabis Board to ban the use of any vaping ingredients that may be found to be the cause of the illnesses and to require that manufacturers disclose the ingredients that are used to process and produce vaping products.

“Everyone deserves to know what’s in these vaping liquids,” Inslee said.

Inslee’s order also calls on the two agencies to develop signs for retail stores that warn of the potential risks of e-cigarettes and vaping. The Department of Health and the Liquor and Cannabis Board were also directed to draft legislation for the regulation of vaping products, including a permanent ban on flavored offerings.

Inslee noted that he would have been more restrictive on vaping with his order if not for legislative limits on his authority, saying “I wanted to do more by this executive order.” He added that Friday’s action is only the beginning of a process.

“This is a floor, not a ceiling,” said the governor.

Washington will join New York, Michigan, and Rhode Island in at least temporarily banning flavored vape products. The Trump administration has announced plans to institute a similar ban, while Massachusetts has already enacted an emergency ban on all vape products.

“We know there are toxic substances in these products, and they are mostly associated with flavors, and we need to ban them,” said Pollet.

Pollet, who is also a clinical instructor at the University of Washington School of Public Health, said that state officials plan to take other action including lawsuits to protect the public, particularly for young people.

“We’ve been sounding the alarm that there are toxic chemicals that are going to harm lungs and cause serious illnesses for several years, and it’s taking this bizarre outbreak with hundreds of people having a chemical pneumonia for people to realize this isn’t just steam vapor,” he said.