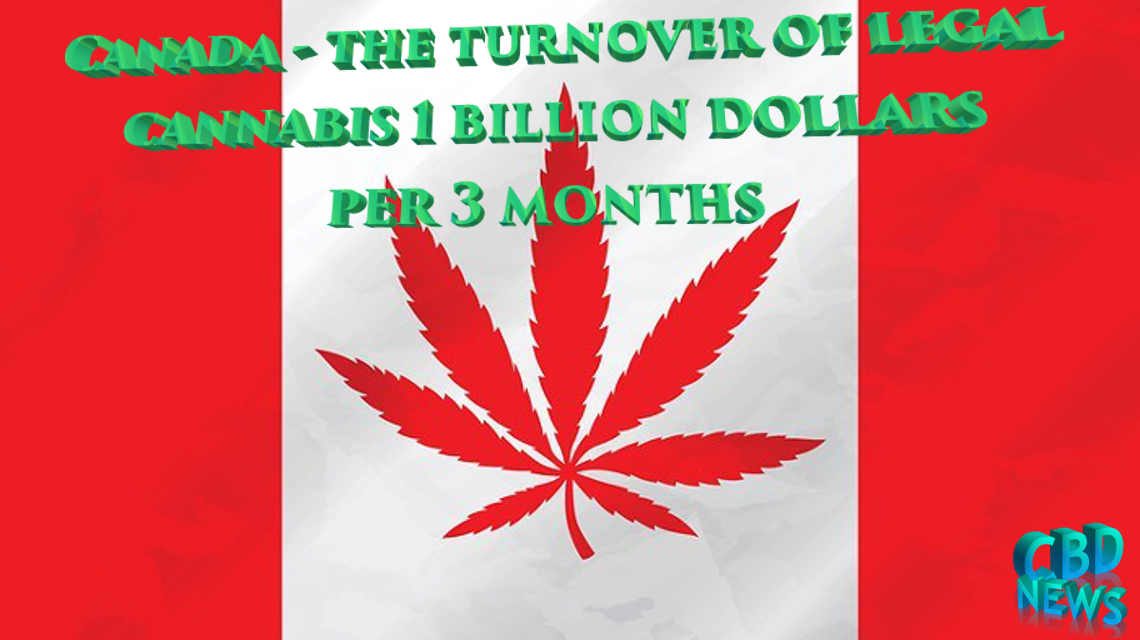 Statistics Canada, is predicting that the country’s legal cannabis sales could reach as high as $1.02 billion from the commencement of the retail market on October 17 through the end of the year

StatCan derived its Q4 estimates from census population data and statistics from the National Cannabis Survey. And beyond the remarkable sales projection, StatCan is also estimating a dramatic shift away from the illicit market as consumers mass-transition to legal purchases.

Statistics Canada’s $1 billion dollar sales projection isn’t a yearly figure. Instead, it’s what the organization estimates Canadian cannabis consumers will spend on weed in just the final 10 weeks of the year. And that’s not even what StatCan expects Canadians to spend on cannabis total. The $1 billion figure represents just legal sales. Add on an extra $250 million to $315 million in illegal cannabis purchases. Then you’ve got the complete picture of StatCan’s pot purchasing predictions.

The ever-increasing demand for legal cannabis currently hovers around 5.5 million consumers in Canada. StatCan predicts 1.7 million people will continue to obtain their cannabis on the black market after legalization takes effect. Of course, these are estimates based on surveys and census data. Everything depends on how many cannabis consumers make the switch and how many new consumers legalization brings on board.

On its own, the $1 billion dollar figure, which could be as low as $815 million, is striking enough. But in context with data from earlier this year, during the lead-up to legalization, it paints an interesting picture. According to Statistics Canada’s annualized second quarter data, Canadians spent $5.7 billion on cannabis products.

But the key to the data is legal vs illegal sales. Of the $5.7 billion (annualized) Canadians spent on cannabis in Q2, 85 percent of it, or about $4.8 billion were illegal purchases. Medical cannabis purchases accounted for the rest. This makes sense, as Canada’s robust illicit dispensary network has been meeting consumer demand ahead of legalization.

But looking ahead to post-legalization forecasts, StatCan is saying illegal sales will drop substantially, from $1.2 billion six months ago to around $300 million after legalization. That turnaround, if it pans out, will mark a tremendous shift in Canada’s cannabis market. Illicit sales could still make up 24 percent or more of total cannabis sales after October 17. But that is of course significantly less than 85 percent.

There do seem to be some small inconsistencies in the data, however. If in Q2 Canadians spent over $1.5 billion on (mostly illicit) cannabis, what’s going to make up the gap between the $1 billion in legal sales StatCan estimates and the paltry $315 million in illegal sales? That’s several hundred million dollars still unaccounted for by the current estimates. Whether that purchasing power continues to feed the black market or redirects toward legal cannabis transactions, we’ll know soon enough.