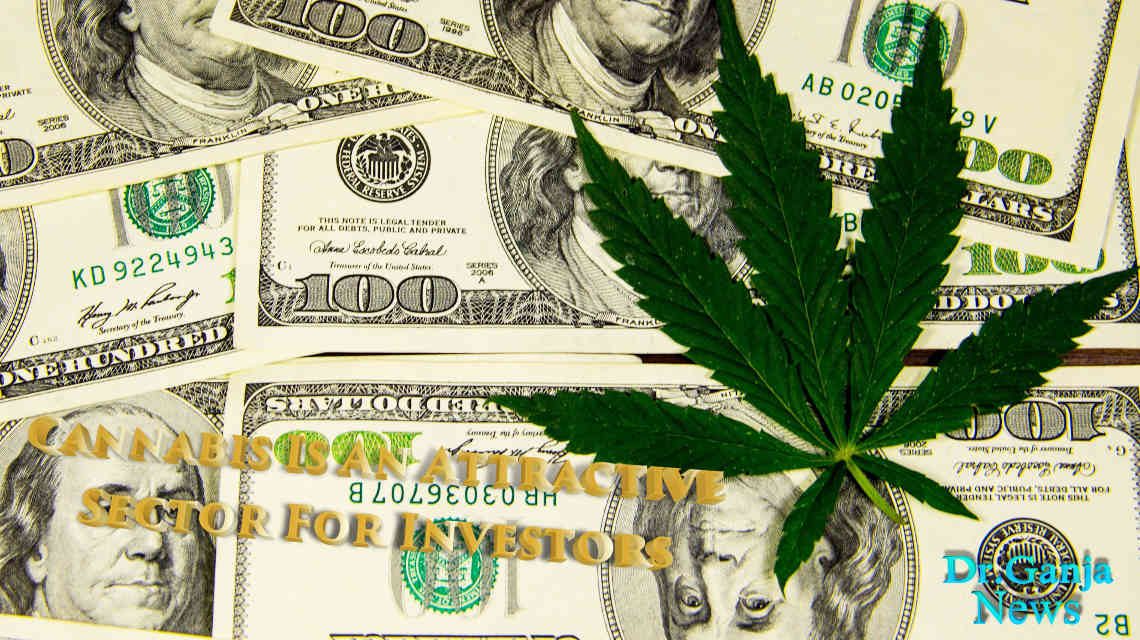 In this publication, I will talk about the sector in which I sincerely believe and recommend investors to study — medical marijuana.

To begin with, recently the conquest of cannabis countries is taking place at an active pace. Canada, Thailand, USA, European countries. It is at least important to keep in mind, plunging into the topic.

That a serious step in the development of the industry in the United States was the bill on agriculture signed by President Trump, which includes a clause on the legalization of industrial hemp.

Canada, part of the G7 sector, shows an impressive increase in the production and sale of cannabis, constantly connecting new territories to legalization.

Analysts predict a serious growth in the market for medical marijuana to $ 80 billion in 2020 in the US alone.

Now the shares of many manufacturers have adjusted after the crazy growth and are at an attractive level in terms of value. Investors have a good chance to enter company stocks.
Two interesting cannabis manufacturers.

Of course, there are more of them, but today I’ll share two that I keep a close eye on. Weekly, new mergers and partnerships take place in the market, which, of course, affect the value of shares. Here are the two heroes of today’s publication.

Tilray’s IPO caused a HYIP on the stock exchange, and the stock soared from $ 30 to $ 300. Cool, of course, but then the market put everything in its place, and a lot of disappointed people appeared: the shares dropped to $ 70 and later adjusted to $ 100. Serious zigzags for investors.

On December 18, Tilray (TLRY) announced a partnership with Sandoz, part of the pharmaceutical giant Novartis (NVS). In accordance with this transaction, which led to the strengthening of Tilray shares, Sandoz will market Tilray medical cannabis products. This is good, undoubtedly.

Four days later, Tilray again stirs the market and announces that she will work with Anheuser-Busch (BUD) to explore cannabis-rich beverages. Expanding the product line is good. But…

Tilray takes an interesting position. Unlike other major industry players, Tilray is not interested in receiving investments,
because he prefers to remain completely independent and to concentrate control in his hands. Is this correct and will the company manage on its own?

I’m not just asking this question, there is a reason, and here it is. TLRY had operating losses of $ 34 million, with sales of $ 27.6 million in the first nine months of the fiscal year.

Nervous rate. To take a place in the sun, the company needs deep pockets. But let’s be objective. Reputable partners Sandoz and Anheuser-Busch are clearly not fools to cooperate with an unprofitable company. Same fact.

Moreover, even such transactions will not be able to return the value of Tilray shares to three-digit numbers. But in fairness, I note that Gender is militant and optimistic. He claims that there will be three cannabis companies with an estimated $ 100 billion, and hopes that Tilray will be one of them. It also hopes to become one of three companies in the sector with annual sales of $ 50 billion.

I think this: Tilray strategy, on the one hand, is justified, that it does not sell a share at the development stage, planning to cost more, but on the other hand, it is quite risky, since in competition with those companies that have poured billions of investment funds, Tilray can lose. 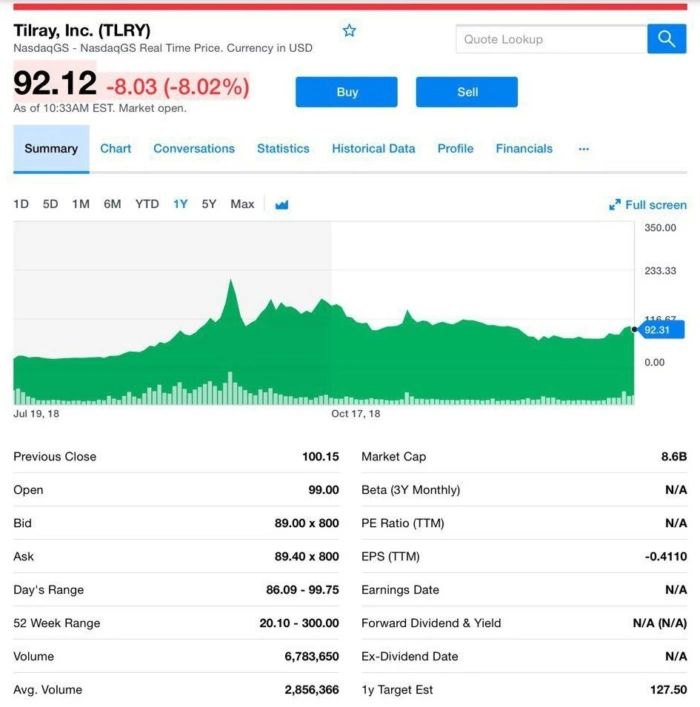 The last few months have been very dynamic for Aphria and its investors. First, a noisy story in which the company was accused of unfair transactions in the interests of investors. Second, the Rodeo with the merger,which provoked the growth of shares. More about this in the channel who are interested, you can delve into the matter. Of course, all investors were anxiously waiting for the report on January 11.

Let’s start with revenue and profit. Look at the numbers. Aphria’s net revenue increased 155% year-on-year and 63% higher than in the previous quarter, to $16.4 million. the Opening of the canadian recreational marijuana market on October 17, 2018 gave a boost to Aphria.

Aphria reported that its total cost of goods sold per gram increased by as much as 42% compared to the previous quarter to $2.6. Cost per gram in dried hemp production rose 35% in the quarter to $ 1.76 canadian dollars.

The company attributed this to increased packaging costs, high costs and temporarily lower yields associated with its expansion efforts. Aphria’s adjusted gross profit decreased from 67.7% in the previous year to 46.9% in the second quarter. This decrease is due to lower average selling prices in the recreational marijuana market and higher production costs associated with the expansion of the company at its Aphria One facility.

On the one hand, revenues and profits are growing at an excellent pace, but on the other, we see a certain increase in the cost of production. Since Aphria is one of the companies with the lowest production costs, it has enough groundwork to continue to make good profits against the background of aggressive growth. 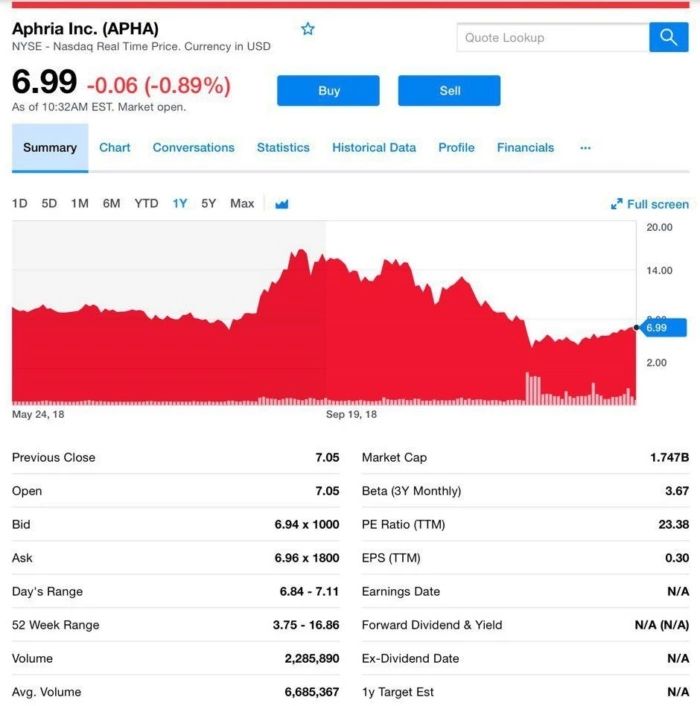 For the first material, I think enough. I want to note that despite the positive movement, the shares of the sector are volatile and quite risky, so be careful, evaluate the entry points and your opportunities.

I hope the article was useful for those who see investment opportunities in new industries. I will be glad to continue to share my experience. Today, the industry is at the beginning of its path, once Amazon traded for $15, and now it shares cannabis.

Shares of Aurora Cannabis – have been on a tear in 2019