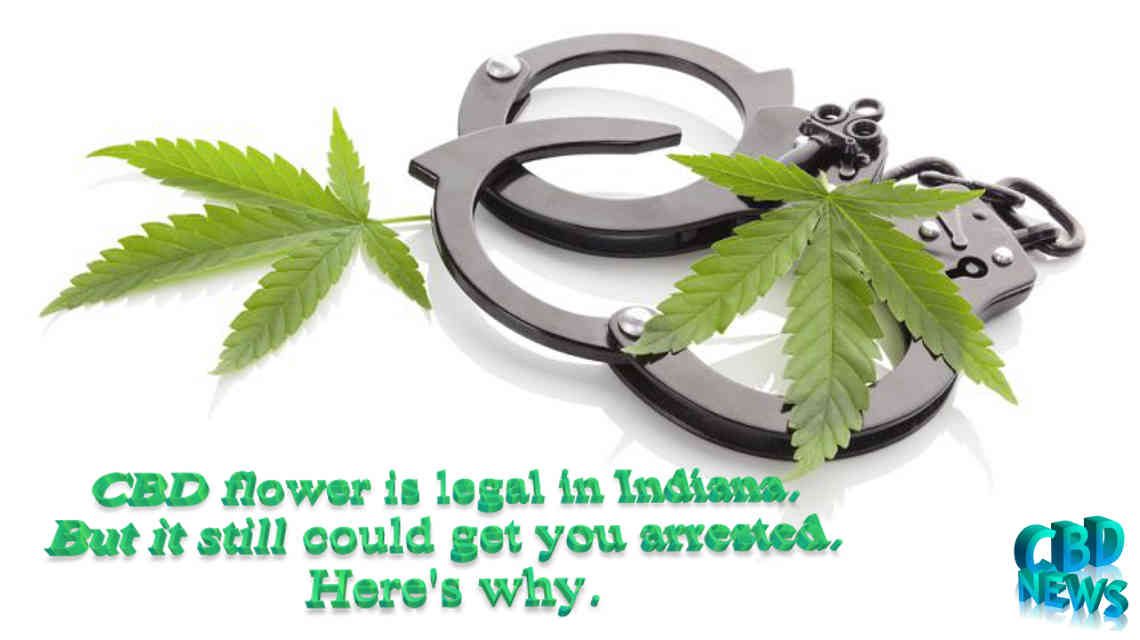 CBD hemp flowers is legal in Indiana. But it still could get you arrested. Here’s why.

The police officer pulled the cap off a bottle filled with clumps of a dried, green leafy substance. It looked like marijuana. It smelled like marijuana. But was it actually marijuana? The Greenfield Police Department says yes. State law says no.

It is known as CBD hemp flower. In a press conference on Feb. 15, officials warned that anyone in possession of the product could potentially get in trouble with the law, even if the product is within the legal 0.3 percent THC limit for CBD products. 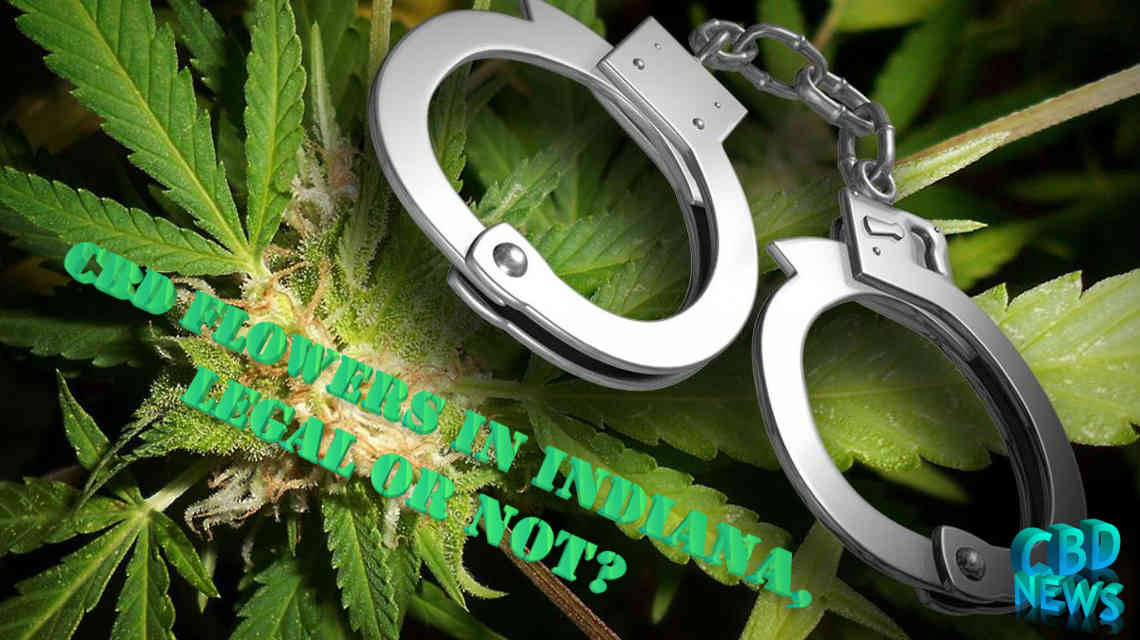 What is CBD?: What we know about CBD oil and how it can be legally used in Indiana

“There is a product being sold…that could very well jam up an unknowing citizen if they were using their product and possibly cause them to be arrested,” said Jeff Rasche, police chief for the Greenfield Police Department.

That’s because CBD flowers are likely to show as positive for marijuana in police field tests, including being identified by drug-sniffing dogs.

What is CBD flower?

CBD hemp flower, or hemp flower, is a product that is derived from the cannabis plant. It looks and smells like marijuana, but has a low THC content. THC is the substance in marijuana that gets a person high.

A representative from Botanacor Services, an industrial hemp and CBD testing lab in Denver, said CBD flower is no different than a marijuana flower except for the percentage of THC, which is typically 0.3 percent or less.

Jahan Marcu, a cannabis researcher and co-founder for the International Research Center on Cannabis and Mental Health, said it’s easy to confuse CBD flower with marijuana.

“Hemp flower and cannabis flower are essentially the same thing,” he said. “They come from the same part of the same plant. The only difference is the ratio or amount of the active ingredients.”

How and why is CBD flower used?

CBD flower can be smoked, vaped or used to make products such as jams or tea bags.

“Different delivery methods give different results,” Herman Barclay, co-owner of Indy CBD Plus in Indianapolis, said. “Vaping or smoking the product gets it into the lungs faster than anything else…and there’s zero waste.”

CBD flower is used for the same reasons people purchase other types of CBD products.

“For stress, anxiety, pain, insomnia,” Barclay said. “What CBD does is it goes after the CB2 receptors already in your body. It gives you a warm blanket feeling and a calming feeling over the body.”

But CBD flower won’t get users high because it’s so low in THC.

Barclay said there are many types of delivery methods for CBD such as edibles, tinctures, patches, creams, gummies and capsules.

Because marijuana is illegal on the federal level, there is little peer-reviewed data to prove whether CBD products work as advocates claim.

Why do cops say it’s cannabis?

The Greenfield Police Department tested two types of CBD flower: one from Colorado-based Aspen Valley, and another one from Indy Hemp Company in Indianapolis.

Field tests were conducted: a smell test, micro and macroscopic exams, and the Duquenois-Levine Test, which is one form of cannabis testing. The Greenfield Police Department also used a K-9 to establish the presence of cannabis.

For the Aspen Valley CBD flower, the conclusion for each test was consistent with marijuana, and the final analysis was that the product was positive for cannabinoids.

The police department was not able to measure the level of THC in the products. But that’s where the legal distinction between illegal marijuana and legal CBD oil lies.

“There is nothing with the naked eye or our basic senses that can help us distinguish between hemp and cannabis flower,” Marcu said. “They have the same smells, and can produce the same fragrance molecules.”

He said the K-9 testing especially troubling, and he wondered if a dog could actually tell the difference between CBD flower and cannabis. He likened it to asking the dog to differentiate between “a rose and a flower.”

Can I get in trouble for having CBD flower?

The short answer is yes. Julie Chambers, an attorney at Chambers Law Office and former Marion County deputy prosecutor, said if you’re pulled over in your car and a police officer has reason to believe you are in possession of marijuana, they can by law search your car.

“If it smells like and resembles marijuana, a cop will have a very hard time differentiating between the two,” she said. “If they find what they believe to be marijuana, they have probable cause to arrest, which could lead to you going to jail.”

She said this process could lead to other problems including having your car towed and being fined, even if it’s discovered later that the substance was not marijuana.

“It’s not necessarily cause to sue the police because based on their training experience, they had probable cause to arrest you and in most cases they’re immune from civil liability,” Chambers said.

And even if the charges are dropped, you have an arrest record and would have to wait a year for it to be expunged, Chambers added.

The Indianapolis Metropolitan Police Department was not immediately able to answer questions about how it deals with CBD flower during traffic stops, though IMPD spokesperson Genae Cook noted that the law governing the products is the same across the state.

In Indiana, it is legal for any person to buy, sell and possess CBD oil products as long as it doesn’t contain more than 0.3 percent THC. The products must meet certain labeling requirements and have QR codes that link to the ingredients.

In Indiana, it is illegal to have THC and metabolites in your system.

What do CBD suppliers think?

Stevi Dugan is a co-owner of Mr.Lee’s CBD in Indianapolis, and attended the press conference. She said CBD is still so new to Indiana and there are a lot of unknowns, so it’s a “cart before the horse” situation.

“CBD oil could test positive in a field test for cannabinoids, but it wouldn’t hold up in court,” she said.

Mr.Lee’s sells CBD flower, and Dugan said they heat shrink all of their containers and warns customers about the potential run-in they could have with the law.

Jenny Ingram, owner of Vapor Madness with multiple Indiana locations, was also at the press conference. She likens the situation to drinking alcohol.

“We are all adults here,” she said. “It’s illegal to drink and drive, and if you make the adult decision to drive after drinking, then you could get in trouble too.”