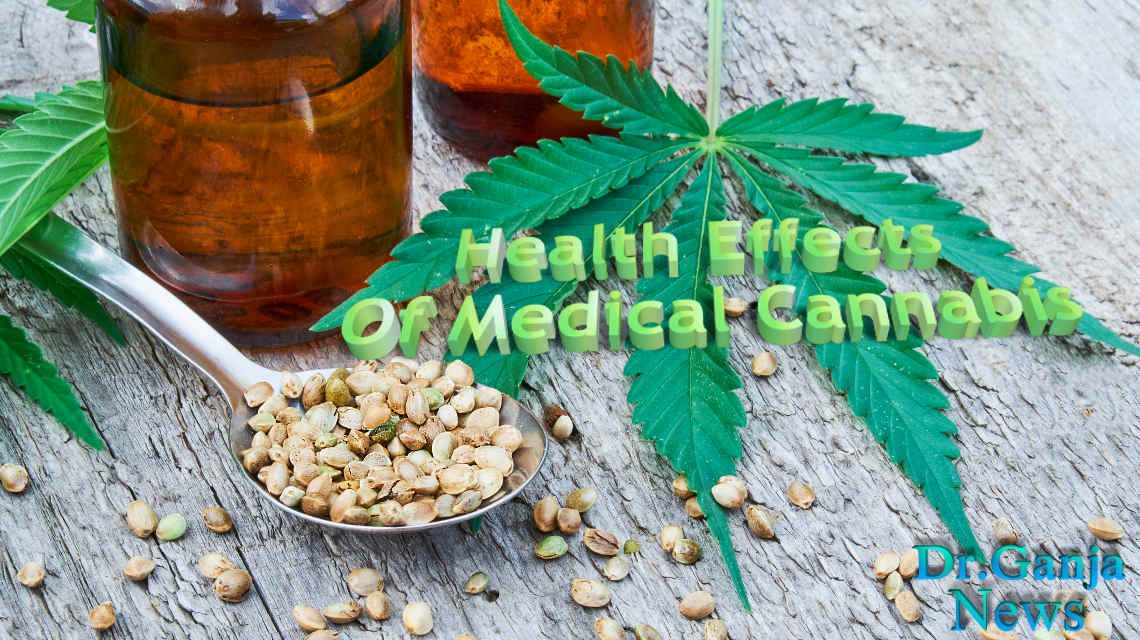 Medical marijuana is made of dried parts of the Cannabis sativa plant. Humans have turned to it as an herbal remedy for centuries, and today people use it to relieve symptoms or treat various diseases. The federal government still considers it illegal, but some states allow it to treat specific health problems. The FDA, the U.S. agency that regulates medicines, hasn’t approved the plant as a treatment for any conditions.

Marijuana has chemicals called cannabinoids. Medical researchers usually focus on the health effects of two in particular: delta-9-tetrahydrocannabinol (THC) and cannabidiol (CBD). THC is the substance that makes you high; CBD doesn’t have mind-altering effects. 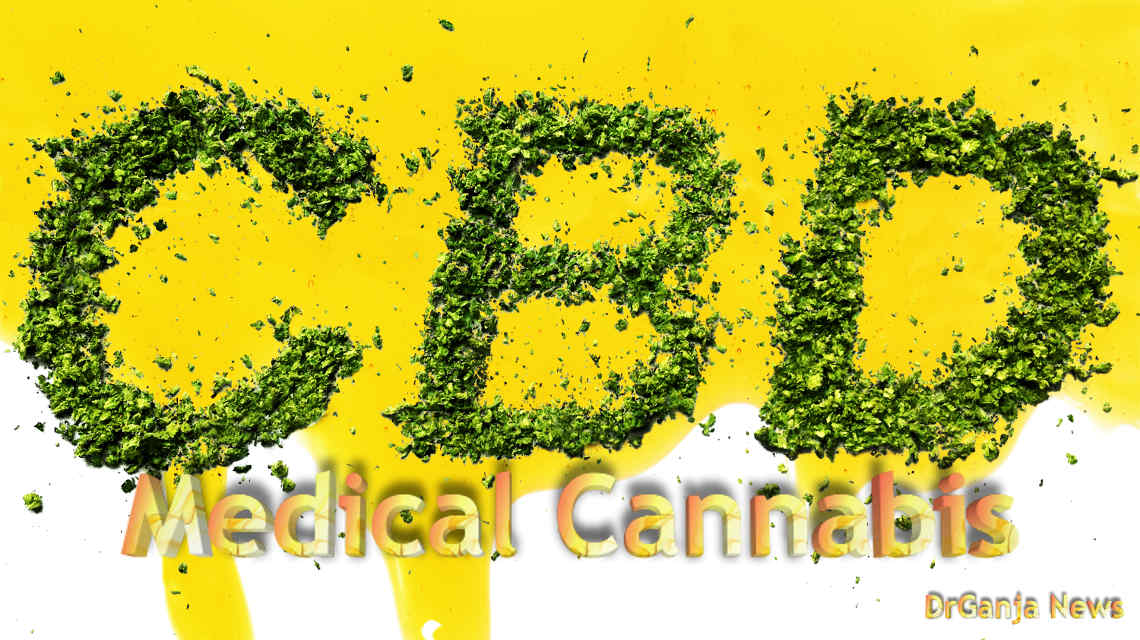 There are a variety of ways to take the drug. You can inhale a vaporized spray, smoke the leaves, take a pill or liquid, or bake it into foods. All of the types differ in terms of how often you should use them, how they’ll affect your symptoms, and side effects you may feel.

How Cannabis Works in Your Body

The chemicals in marijuana affect you when they connect with specific parts of cells called receptors. Scientists know that you have cells with cannabinoid receptors in your brain and in your immune system. But the exact process of how the drug affects them isn’t clear yet.

What Does Cannabis Treat?

State laws differ on the conditions that you can legally treat with medical marijuana. But you might be allowed to use it if you have Alzheimer’s, ALS, cancer, Crohn’s disease, epilepsy, seizures, hepatitis C, AIDS, glaucoma, multiple sclerosis, posttraumatic stress disorder, chronic pain, or severe nausea. But scientists aren’t sure that it helps all of these conditions. The research is most clear that it works as a painkiller, to stop vomiting during chemotherapy, to relieve some MS symptoms, and to treat a few rare forms of epilepsy.

Are There Any Risks From Cannabis Use?

If you smoke it, you could have breathing problems such as chronic cough and bronchitis. Research has linked cannabis use and car accidents. If you use it while pregnant, you may affect your baby’s health and development. Studies also show a tie between pot and psychotic disorders such as schizophrenia.

Although the federal government hasn’t given its OK to marijuana for medicinal use, it has signed off on three related compounds as specific treatments. If you have nausea caused by chemotherapy, you might take a synthetic cannabinoid, either dronabinol or nabilone. Dronabinol also can help boost appetite for people with AIDS. The FDA approved cannabidiol (Epidolex) as a treatment for two rare kinds of epilepsy. 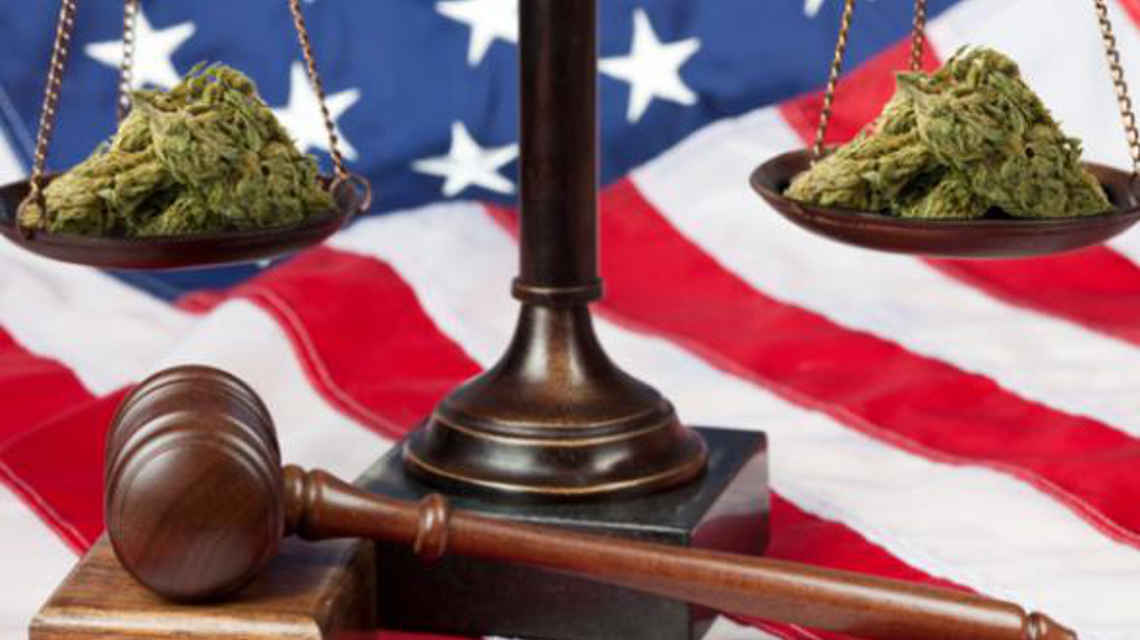 Cannabis Law – Legal Or Not?

California was the first state to legalize medical marijuana, in 1996. Since then, more than half the states in the U.S. have done so. (Recreational weed is also legal in some places.) But the federal government still considers it an illegal drug, which can create confusion. For instance, even if you have a prescription, the Transportation Security Administration doesn’t allow cannabis in your luggage.

How Do You Get Cannabis?

The rules vary, depending on where you live. Generally, you’ll need to consult with a doctor and have a condition that your state has approved for treatment with cannabis. You might get an ID card. In some areas, you buy products at a specific store called a dispensary.

Doctors don’t know much about the addiction risk for people who use the drug for medical reasons, and it needs more study. But people who use marijuana to get high can go on to have substance misuse issues. The most common problem is dependence. If you’re dependent, you’ll feel withdrawal symptoms if you stop using. If you’re addicted – a more severe problem – you’re unable to go without the drug.

Why Don’t We Know More?

Although cannabis has been an herbal remedy for centuries, the evidence for how well it works is lacking in many cases. Scientists prefer large studies with certain types of controls before they draw conclusions, and much of the research thus far hasn’t met those standards. Products vary in strength and it’s hard to measure doses, which has made judging the benefits of marijuana even more complicated.

Could cannabis help solve issues involving these powerful painkillers? In some states with legal weed, prescriptions for this pain medicine fell and researchers found a link to fewer overdose deaths. But another study found a link between pot use and abuse of these narcotic drugs. Scientists need more evidence before they can say for sure. 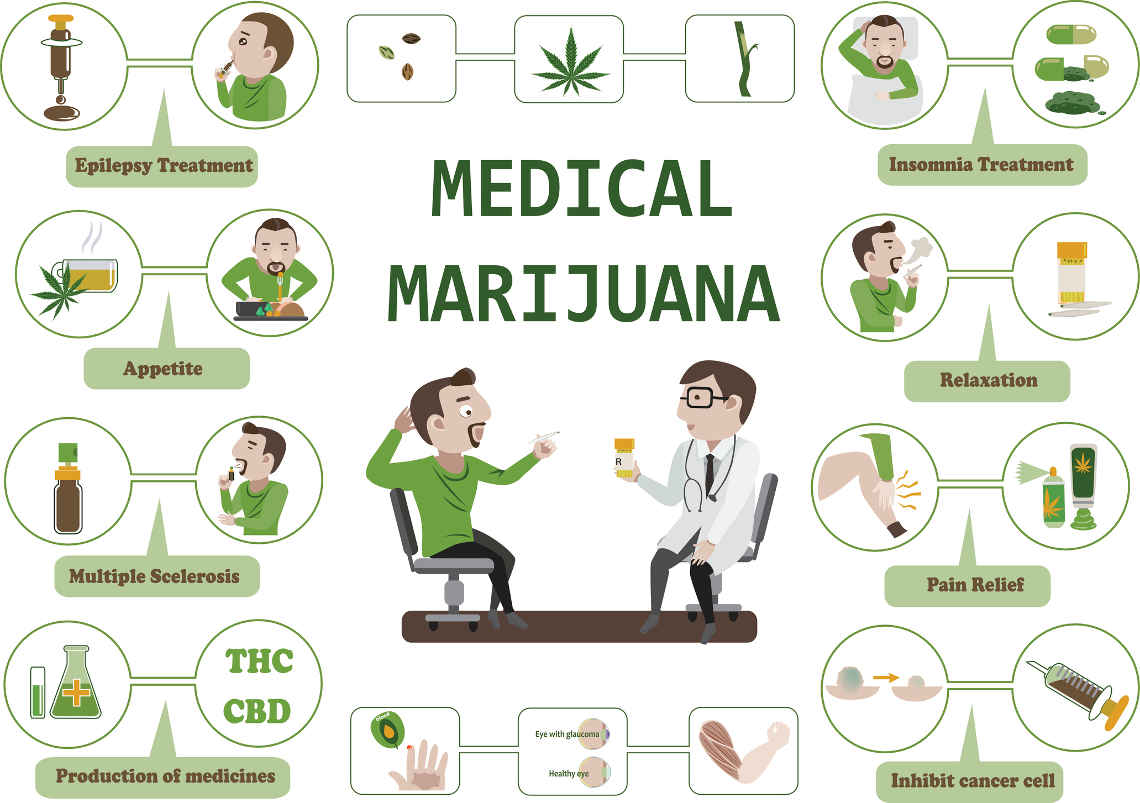 The analgesic effects of CBD are associated with its anti-inflammatory properties. Inflammation is one of the most common sources of pain. CBD has been shown to reduce joint pain in rats with arthritis. Several clinical studies also show that CBD in conjunction with THC can alleviate symptoms of neuropathic pain that arises from nerve damage. These results suggest CBD as a promising adjuvant therapy for conditions, like multiple sclerosis, diabetes, and even chemotherapy.

Laboratory studies in animals and humans have demonstrated the anxiolytic effects of CBD, in particular, patients with social phobia. In one study, patients with social anxiety disorder were treated with either CBD or a placebo before participating in a simulated public speaking test. Patients pre-treated with CBD demonstrated significantly reduced anxiety, cognitive impairment, and discomfort compared to controls.

Promising preliminary data has highlighted CBD as a potential treatment to stop the progression of Alzheimer’s Disease, a debilitating neurodegenerative disorder that is becoming increasingly common to today’s society.

High-quality human trials over the last three decades have repeatedly shown that CBD can reduce the frequency and severity of seizures. As a result, the Food and Drug Administration (FDA) took a bold step in June 2018, when the governing body approved the first drug (Epidiolex) containing cannabis-derived CBD for the treatment of severe forms of epilepsy. Two medications containing artificial CBD have also been approved by the FDA for use in America.

CBD products CBD oil, CBD tincture, and other are popping up near you. What do you need to know about CBD?