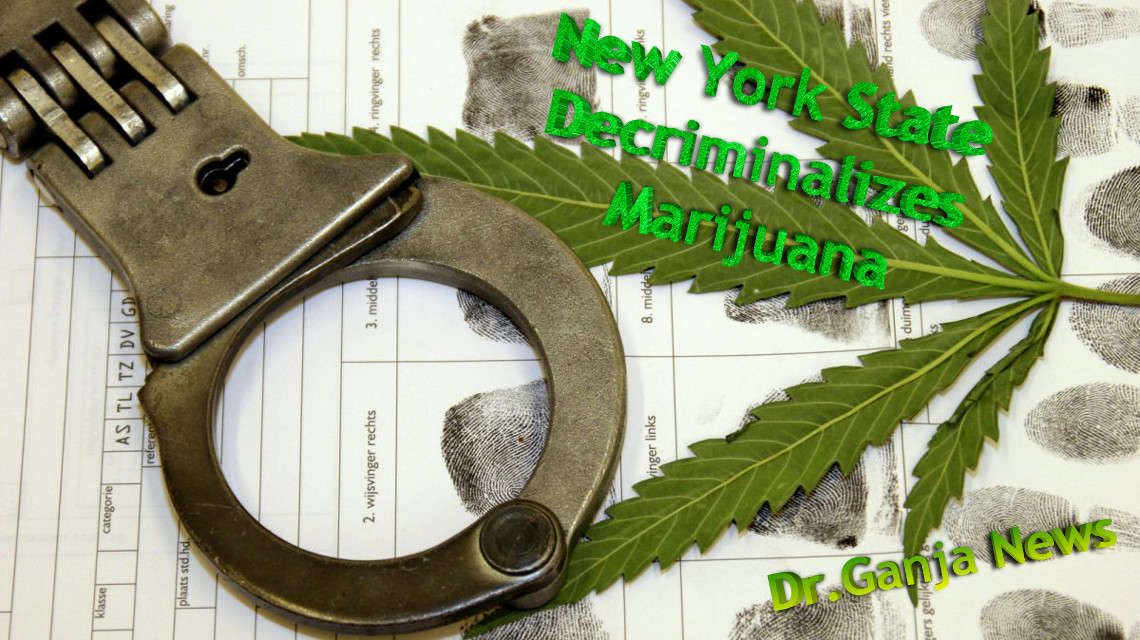 New York state on Monday decriminalized recreational marijuana use, meaning possession of small amounts of the drug will be punished with fines rather than jail time, a step short of Governor Andrew Cuomo’s goal of legalizing pot.

Cuomo said the measure would also allow a mechanism for clearing the records of people who had been criminally convicted of possessing small amounts of marijuana.

Eleven U.S. states plus the District of Columbia have fully legalized recreational marijuana use since Colorado first did so in 2014, according to the Marijuana Policy Project lobbying group. Another 15 states including New York have decriminalized it.

“By providing individuals who have suffered the consequences of an unfair marijuana conviction with a path to have their records expunged and by reducing draconian penalties, we are taking a critical step forward in addressing a broken and discriminatory criminal justice process,” said Cuomo.

Over 360,000 people were arrested for possession of marijuana in the state of New York from 2008 to 2017, according to data from the Federal Bureau of Investigation.

The Democratic governor said in December that legalizing recreational marijuana use was one of his top legislative priorities for 2019, a reverse from his position on the issue during his previous two terms. He argued that revenue from taxing the drug could help address a number of needs, including New York City’s troubled subway system, which is desperately in need of major repairs and upgrades. A state report at the time estimated the legal market for marijuana at between $1.7 billion and $3.5 billion annually.

New York lawmakers’ efforts to legalize marijuana collapsed in June amid disagreement among Democrats on how to regulate the industry, prompting the introduction of the decriminalization bill.

The failure to legalize marijuana fully highlights a split among New York Democrats, who control both of the state’s legislative chambers after capturing the state senate in November’s elections.

Marijuana remains illegal under federal law. During the administration of former President Barack Obama, the U.S. government largely permitted states to determine how to handle the issue on their own, but the Justice Department under President Donald Trump has allowed prosecutors to enforce federal law even in states where marijuana is legal.